Daily Current Affairs (March 23, 2019) like many other sections is inevitable and this also helps to score in the Banking awareness, Static GK and Financial Awareness sections. Remember, Banking Awareness and Static Awareness Questions are asked from the General Awareness section. This will also help you to ride your preparations for the forthcoming exams.

Bahujan Samaj Party chief Mayawati once again asserted this week she is a contender for the post of Prime Minister, though she will not be contesting in the Lok Sabha polls herself. She also lost no opportunity to position herself equidistant from the Congress and the BJP, the two national parties at the opposite poles of the electoral contest this year. Much more than her alliance partner for the parliamentary election in Uttar Pradesh, the Samajwadi Party, effectively led by Akhilesh Yadav, she has discounted any need to seek Congress support to give greater ballast to the fight against the BJP. Unlike Mr. Yadav, she has refrained from giving the impression that she too considers the BJP a bigger threat to their social justice politics, relative to the Congress. The BSP-SP-Rashtriya Lok Dal alliance in U.P. will not contest in Amethi and Rae Bareli, the constituencies of Rahul Gandhi and Sonia Gandhi, respectively. When the Congress sought to reciprocate the gesture by announcing it would not field candidates against the senior leaders of the alliance, the BSP chief was stinging in her rebuff. Positioning herself politically vis-à-vis the Congress at a time when the BJP is dominant has not been easy. For the Assembly elections in Madhya Pradesh, Chhattisgarh and Rajasthan last year, Ms. Mayawati’s pre-poll negotiations with the Congress were half-hearted and doomed. The BSP ended up with an alliance with Ajit Jogi’s Janta Congress Chhattisgarh that cut into the traditional Congress base in the State. The Congress, though, compensated for the loss with support from other communities and won the election.

Ms. Mayawati, however, felt compelled to quickly offer support to the Congress, which was short on numbers in M.P. and Rajasthan, citing the need to keep the BJP out. Last month, she termed the BJP and the Congress as having the same character. At the heart of her political projection is her battle to win back a larger spectrum of Dalit support. While her core Jatav base is largely intact, the strain of Ambedkarite politics she inherited from mentor Kanshi Ram is being challenged in the overall churn. The Hindutva upsurge under Narendra Modi appeals to a section of Dalits while the emergence of new outfits and leaders such as Chandrashekhar Azad in U.P. and Jignesh Mevani in Gujarat indicates a yearning for assertion among sections of Dalits. The Congress’s efforts to woo Dalits are also discomfiting for her. Ms. Mayawati’s success in gaining power in U.P. on earlier occasions depended on stitching alliances with backward castes and upper castes, either through tie-ups with the SP or the BJP or by creating an equivalent social coalition under the BSP banner. After the great debacle of 2014, when the BSP did not get even one Lok Sabha seat, she is anxious that her primacy as a Dalit leader is secured. This, more than a continuing aspiration for the PM’s post, explains her evasive politics.

B) The Kerala alert: drawing attention to the little-known West Nile Virus

The death of a child in Kerala’s Malappuram district has drawn attention to the epidemiology of the little-known West Nile Virus in India. Though awareness is low, the virus is endemic to several States. The first documented WNV case in Kerala was in Alappuzha in 2011, with the numbers then growing. However, official records do not reflect this, given the difficulty of diagnosing WNV in its acute phase. This microbe is serologically similar to the Japanese Encephalitis virus, which means a go-to test, ELISA, often fails to differentiate JE antibodies from WNV antibodies. More tests are typically needed to confirm WNV, and while the results appear in journals, they don’t always make it to State surveillance systems. This is why, though a 2014 Journal of Clinical Virology paper identified the 2011 Alappuzha outbreak as WNV, with around six deaths, Kerala’s health department is calling the Malappuram death the State’s first. The confirmation triggered an alert, but it doesn’t mean Kerala did not have WNV deaths before.

Nevertheless, the alert is a welcome move. It means that State health authorities will look harder for the disease. Historically, wherever Indian researchers have looked for the WNV, they have found it. The first sign of its presence came from positive antibody tests among residents of Bombay in 1952. Thereafter, it began showing up in encephalitis patients in many of the places it was tested for, including Maharashtra, Assam and Madhya Pradesh. In Malappuram too, the rapid diagnosis was driven by heightened surveillance in Kerala following the 2018 Nipah outbreak. Patient samples were sent to the Manipal Centre for Virus Research, which deployed the Plaque Reduction Neutralisation Test, more specific than ELISA. If more States used such diagnostics, it would help determine just how widespread WNV is in India. There is a good chance the virus is a significant cause of Acute Encephalitis Syndrome, the infamous basket of illnesses with no known aetiology that affect over 10,000 Indians each year. Still, WNV rarely kills. In less than 1% of infections, the virus travels to the brain, triggering potentially fatal encephalitis. Otherwise, it merely causes a mild flu-like illness. This could change. Viruses are known to adapt for both greater virulence and more efficient transmission. Urbanisation and land-use changes are bringing the virus’s zoonotic hosts, such as birds, in more frequent contact with humans. Given increased mobility, viruses can hitch a ride to new regions via infected humans and vectors. All this makes the WNV a formidable foe. India’s best defence is better surveillance, which will help doctors reach patients early to prevent complications. Kerala could not prevent the death in Malappuram, but other States should adopt its model of heightened surveillance.

Meaning : state a fact or belief confidently and forcefully.

Meaning : a person or group competing with others to achieve something.

Meaning : attempt or desire to obtain or achieve (something).

Meaning : a movement of part of the body, especially a hand or the head, to express an idea or meaning.

Meaning : not damaged or impaired in any way; complete.

Example : “the church was almost in ruins but its tower remained intact”

Example : “he was not noticeably discomfited by her tone”

Meaning : a sudden and ignominious failure; a fiasco.

Example : “the only man to reach double figures in the second-innings debacle”

Meaning : (of a disease or condition) regularly found among particular people or in a certain area.

Meaning : a sudden occurrence of something unwelcome, such as war or disease.

Meaning : move (something) into a different position with a jerk.

Example : “she hitched up her skirt and ran”

Meaning : inspiring fear or respect through being impressively large, powerful, intense, or capable.

Example : “you can write rarely now, after all your schooling”

Meaning : feeling or showing worry, nervousness, or unease about something with an uncertain outcome.

Example : “she was extremely anxious about her exams”

Meaning : tending to avoid commitment or self-revelation, especially by responding only indirectly.

Example : “she was evasive about her phone number”

Meaning : an upward surge in the strength or quantity of something; an increase.

Example : “an upsurge in vandalism and violent crime” 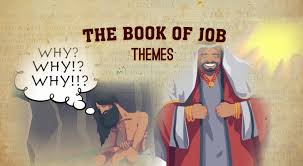