requirements would not be able to contest elections.

(C) This system has both advantages and disadvantages.

(D) Therefore, imposing such eligibility requirements is likely to be counter

(E) In certain democratic countries elections cannot be contested by anybody.

stipulated in their Constitution.

(A) We feel these things are glorious because of the splendid triumphs.

glorious than victories of war.

(C) The victory is associated in our minds with war.

(D) We are impressed by their sacrifice.

(E) It calls up visions of battles, bloodshed and conquests by force.

(F) But when we think of the philosophy of great men, scholars, social reformers,

scientists and philanthropists we start thinking in a different way.

(A) The individual owes allegiance and obedience to the state.

(B) It is its organ for the present action, the custodian of its tradition.

(C) For, the nation is not only a fellowship of contemporaries.

(E) But it is a partnership of present with past and future.

(F) It is also trustee for its future.

and most inclusive community to which he belongs.

(A) Therefore, the duty of the advocate is to do his best for his client.

(B) That rests with the judge, and it is ultimately for the judge to decide which side is

right, and how justice to prevail.

knew to be bad, Johnson’s answer was that the advocate did not know it to be

good or bad till the judge determined it for him and for others.

(D) But, he must do so fairly, and without concealing from it anything that it is his

(E) There is a belief that an advocate’s function consists, for the most part, of

showing white as black and black as white.

(F) He is, after all, the client’s mouthpiece, and he must put before the court all

aspects of the case which are favourable to his client.

answer that Johnson gave to Boswell.

(H) But he is not concerned with the final result.

(A) They collected plants, counted birds and photographed the terrain and the fauna

and made their recommendations.

(B) In spring of 1963, an alarmed King Hussain invited a group of British scholars,

(C) He also wanted them to cover the deserts to the east of the mountains.

side of the Dead Sea.

(A) So the aspects of learning styles that are reflected of one’s type can be expected to persists across situations.

(B) There is ample evidence that they remained the same in all situations if we can.

(C) Other strategies we want to keep the same in all situations if we can.

(D) That expectation is confirmed by the research on learning styles that involved the MBTI.

our usual ways of acting, our type preferences don’t change.

(A) But all three have one focus – individual performance improvement.

according to the complexity of the operations.

(C) They are individual development, career development and organizational

(D) Since individual performance improvement is the heart of HRD programme, HRD

can be described as the area of congruence among the three components.

(A) The purpose of this review is to offload public investment from certain low priority areas.

(C) Only those industries are proposed to be reserved for the public sector which falls in the high priority areas.

(D) In addition, the government is also engaged in a review of the existing portfolio of public investment.

(E) This will enable the government to abolish the monopoly of any sector in the field of manufacture except these priority sectors. 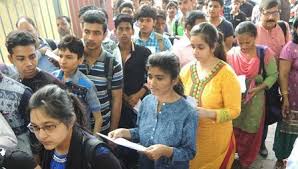