THE HINDU EDITORIAL – December 21, 2018, is one of the must-read section for the competitive exams like  IBPS Clerk 2018, Canara Bank PO – PGDBF 2018 and IBPS SO 2018. These topics are widely expected to be asked in the reading comprehension, Cloze Test or Error Detection in the forthcoming exams. So gear up your Exam preparation and learn new words daily.

The return to India of Hamid Nihal Ansari, an engineer from Mumbai who spent six years in a Pakistani prison, is cause for cheer on the otherwise bleak landscape of India-Pakistan relations. The plight of the young man, who had crossed over into Pakistan from Afghanistan in 2012 on a mission to save a woman he had befriended online and been arrested for espionage, had caught public attention in both countries. Subsequent investigations proved his innocence on all charges other than entering Pakistan illegally, but even so, the authorities there put him through a trial in a military court. In December 2015, the court sentenced him to three years in prison. All through his ordeal, Mr. Ansari’s parents kept alive the struggle to bring him back, without letting the emotional and financial costs deter them. To its credit, the Ministry of External Affairs applied sustained diplomatic pressure on Islamabad, first to demand information on Mr. Ansari’s whereabouts and then for a fair trial and consular access, which was never granted. The Government of Pakistan must also be commended for expediting Mr. Ansari’s release after he completed his sentence on December 15, although it had received another month from a Peshawar court to finish the formalities. Above all, credit goes to citizens’ groups in both countries that helped the family, particularly lawyers and human rights activists in Pakistan who worked pro bono to ensure Mr. Ansari’s release.

Given the downturn in bilateral relations, further complicated by the international case India is pursuing against Pakistan over the conviction of Kulbhushan Jadhav, and instances of prisoners like Sarabjit Singh dying in Pakistani jails, it is nothing short of a miracle that Mr. Ansari has returned home safe and sound. New Delhi would do well to acknowledge the Imran Khan government’s gesture in releasing him. Both India and Pakistan must dedicate themselves to freeing hundreds of other prisoners who remain in each other’s jails, many of whom have completed their sentences but await long processes of identification and repatriation. According to government figures, Pakistan holds 471 Indian prisoners while India holds 357 Pakistani prisoners, a large number of them fishermen who inadvertently trespassed into each other’s waters. The two countries must also revive the biannual meetings of the Joint Judicial Committee on Prisoners as agreed to a decade ago; the committee has not met since 2013. Its last recommendations, that women and children as well as prisoners with mental health issues be sent back to their countries on humanitarian grounds, are yet to be implemented. There is little to be gained by holding these prisoners hostage to bitter bilateral ties and prolonging the misery of their impoverished families. There needs to be a more humane approach.

B) Misusing NSA: the detention of a Manipur journalist

The detention of a journalist in Manipur under the stringent National Security Act for a social media post is a clear instance of misuse of power and a blatant violation of his rights as a citizen. It indicates a dangerous trend among those wielding power to invoke laws aimed at preserving public order and security in a casual or vindictive manner, with utter disregard for constitutional provisions that uphold individual liberty. It is immaterial how scathing the Facebook post of Kishorechand Wangkhem was in its criticism of the Manipur Chief Minister and his party. Calling the Chief Minister a “puppet” can in no way be a reason to arrest him, as was done by the police in Imphal in November, on the charge of sedition. A magistrate granted him bail, noting that Mr. Wangkhem’s remarks were no more than an expression of opinion against the public conduct of a public figure, albeit in “street language”. However, in a sign that the regime of Chief Minister N. Biren Singh could not tolerate the journalist being set free, he was arrested again a couple of days later and detained under the NSA, which provides for detention for a year without bail to prevent someone from “acting in any manner prejudicial to the security of the state” or for “the maintenance of public order”. The NSA can be used only against those advocating armed insurrection or violent disaffection. It is shocking that the statutory advisory board held there was “sufficient cause” for detention, when he posed no threat to public order or security. The State should revoke its vengeful detention order.

The Manipur government confirmed his imprisonment for a year as soon as the detention order was cleared by the advisory board. It is questionable whether a person can be detained under the NSA for one year at a go, as its provisions say the detention can only be for three months at a time and up to one year in total. This position has also been confirmed by the Supreme Court. The NSA advisory board consists of three members who are, or have been, or are qualified to be high court judges. It is not expected to approve detention orders in a routine or mechanical manner. At a time when the Law Commission is revisiting Section 124A of the Indian Penal Code, which deals with sedition, and there is a demand for its repeal, it is disturbing that State governments continue to use it. It is even more deplorable that on failing to make the sedition charge stick, a government puts away the same person under the NSA. This is a fit case for judicial review, and the protests and the outrage against the incarceration of Mr. Wangkhem ought to result in a stinging indictment of the State government’s action. This will inhibit any future move to throttle free expression by misusing the law.

Meaning : shout for joy or in praise or encouragement.

Example : “she cheered from the sidelines”

Meaning : (of an area of land) lacking vegetation and exposed to the elements(adj).

Example : “a bleak and barren moor”

Example : “we must direct our efforts towards relieving the plight of children living in poverty”

Meaning : the practice of spying or of using spies, typically by governments to obtain political and military information.

Example : “the camouflage and secrecy of espionage”

Example : “the ordeal of having to give evidence”

Meaning : discourage (someone) from doing something by instilling doubt or fear of the consequences.

Meaning : consisting of many interconnecting parts or elements; intricate.

Meaning : a formal declaration by the verdict of a jury or the decision of a judge in a court of law that someone is guilty of a criminal offence.

Meaning : the return of someone to their own country.

Example : “the voluntary repatriation of refugees”

Example : “his name had been inadvertently omitted from the list”

Example : “there is no excuse for trespassing on railway property”

Meaning : a person seized or held as security for the fulfilment of a condition.

Example : “the wars had impoverished him”

Meaning : the action of detaining someone or the state of being detained in official custody.

Meaning : (of regulations, requirements, or conditions) strict, precise, and exacting.

Example : “she forced herself to resist his blatant charm”

Meaning : having or showing a strong or unreasoning desire for revenge.

Example : “the criticism was both vindictive and personalized”

Example : “she launched a scathing attack on the Prime Minister”

Meaning : conduct or speech inciting people to rebel against the authority of a state or monarch.

Meaning : keep (someone) from proceeding by holding them back or making claims on their attention.

Meaning : seeking to harm someone in return for a perceived injury.

Meaning : (of a person) firmly established in a particular habit, belief, or way of life and unlikely to change their ways.

Meaning : admittedly; it is true (used to introduce a factor which is opposed to the main line of argument but is not regarded as so strong as to invalidate it).

Example : “granted, Marie was two years older than her, but it wasn’t a question of age”

Meaning : come back to or visit again.

Example : “she was anxious to revisit some of her old haunts in Paris”

Meaning : conduct or speech inciting people to rebel against the authority of a state or monarch.

Meaning : revoke or annul (a law or act of parliament).

Meaning : the state of being confined in prison; imprisonment.

Example : “the public would not be served by her incarceration”

Meaning : wound or pierce with a sting.

Example : “he was stung by a jellyfish”

Meaning : a formal charge or accusation of a serious crime.

Example : “an indictment for conspiracy” 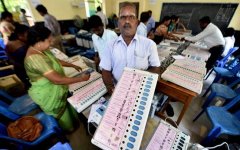