A) Nudged into action: on the Lokpal Act

After long delays, a Supreme Court push is needed to establish the Lokpal

It should have never come to this on the Lokpal. That it requires a Supreme Court order to nudge the government to make any progress towards establishing the anti-graft institution is a poor commentary on its functioning. The court has asked the eight-member Search Committee under the Lokpal Act to recommend a panel of names before the end of February. This shortlist has to be sent to the Selection Committee, headed by the Prime Minister. It has taken five years since the Lokpal Act, 2013, received the President’s assent on January 1, 2014, for a Search Committee to even begin its work. It was formed only on September 27, 2018, after Common Cause, an NGO, filed a contempt petition against the government over the delay in constituting the authority despite a Supreme Court verdict in April 2017. It is true that setting up the Search Committee requires some groundwork, as its composition should be drawn from diverse fields such as anti-corruption policy, public administration, law, banking and insurance; also, half its membership should consist of women, backward class, minority and SC/ST candidates. However, it is the government’s duty to expedite this process and not cite it as a reason for delay. Even after it was formed, the Search Committee has been handicapped because of lack of office space, manpower, infrastructure and a secretariat. The court has now asked the government to provide the required infrastructure. In the past too, the court has admonished the Centre for the delay in creating the institution. In its April 2017 verdict, the court brushed aside the reason that the government was awaiting the passage of an amendment based on a parliamentary committee report and said there was no legal bar on the Selection Committee moving ahead with its work even if there was a vacancy in it.

There is a good deal of politics behind the delay. The Selection Committee, which includes the Lok Sabha Speaker, the Leader of the Opposition, the Chief Justice of India and an eminent jurist, has met in the past without Mallikarjun Kharge, who heads the Congress in the Lok Sabha. He has been skipping meetings, as he is aggrieved that the government has not made him a full member, and has roped him in as a ‘special invitee’. The government sticks to its view that he has not been recognised as the Leader of the Opposition by the Speaker. This minor issue has been resolved in respect of appointments to other posts such as CBI Director and Central Vigilance Commissioner by a simple amendment to treat the leader of the largest Opposition party as the Leader of the Opposition for this purpose. This amendment has not been brought about despite a parliamentary committee report endorsing the idea in December 2015. Nothing except the lack of political will to establish the Lokpal can explain years of delay.

B) Shape of the slowdown: on China’s economy

The Chinese growth juggernaut is slowing down. The world’s second-largest economy has reported that its exports for December fell by 4.4%, the sharpest fall in two years amidst rising trade tensions with the United States and fears of a global economic slowdown. China’s trade surplus with the U.S. has increased to $323 billion, its highest level since 2016 and up 17% from a year ago. This is likely to put added pressure on Chinese exports to the U.S. Besides, China’s factory activity contracted to a two-year low by the end of December while car sales in 2018 dropped for the first time since 1990, pointing to faltering demand from Chinese consumers. There are increasing fears that the Chinese government may further drop its growth target to 6% this year, from 6.5% last year. Given its implications for global growth, markets across the world have naturally been worried about the fate of the Chinese economy. Its stock market, in particular, was the worst-performing among major economies last year. Apple, Jaguar Land Rover and other companies have warned of weak earnings due to a slowdown in their sales in China. Responding to fears of a serious slowdown in the economy, the People’s Bank of China on Wednesday injected cash worth $83 billion into the economy through open market operations in order to boost bank lending and overall economic growth. It is believed that the Chinese government may be prepping for a stimulus worth trillions of yuans to step up spending in the economy.

China has been struggling to transition from its earlier growth model led by cheap exports and huge capital investments into a more domestic consumption-led economy. In particular, the government and the central bank have in recent years tried to wean the economy off cheap debt that fuelled its impressive growth run. The Chinese central bank fully opened the credit taps of the economy in the aftermath of the 2008 global financial crisis that threatened to derail growth. But even as it tries to steer the economy towards more consumption-led growth, the state has been wary of allowing economic sectors like real estate that were earlier boosted by the availability of cheap credit to go bust. A true restructuring of its export- and state-led economic model will not be possible until China allows the liquidation of uneconomical projects that were begun only because of the availability of ample amounts of cheap credit. This will be the first step towards building a more market-driven economy. But it is not clear whether China is willing to bite the bullet and stop feeding its economy with cheap credit. It may be tempted to go further and look at socialising the losses coming from defaults on business loans. None of this will be good for the long-term health of the Chinese or the global economy.

Meaning : set up on a firm or permanent basis.

Meaning : prod (someone) gently with one’s elbow in order to attract attention.

Example : “people were nudging each other and pointing at me”

Meaning : an expression of opinions or offering of explanations about an event or situation(n).

Example : “a biting social commentary about the divide between rich and poor”

Meaning : the expression of approval or agreement(n).

Example : “a loud murmur of assent”

Meaning : the feeling that a person or a thing is worthless or beneath consideration(n).

Example : “Pam stared at the girl with total contempt”

Meaning : a decision on an issue of fact in a civil or criminal case or an inquest.(n)

Meaning : be composed or made up of.

Meaning : make (an action or process) happen sooner or be accomplished more quickly.

Meaning : refer to (a passage, book, or author) as evidence for or justification of an argument or statement, especially in a scholarly work.(v)

Meaning : (of a person) famous and respected within a particular sphere.

Example : “one of the world’s most eminent statisticians”

Meaning : feeling resentment at having been unfairly treated.(adj)

Example : “they were aggrieved at the outcome”

Meaning : a minor change or addition designed to improve a text, piece of legislation, etc.

Meaning : firmly determined to do something.

Example : “Constance was resolved not to cry”

Meaning : at or to the far side of something.

Example : “Campbell grabbed him from behind”

Meaning : the nature of something’s ingredients or constituents; the way in which a whole or mixture is made up(n).

Example : “the social composition of villages”

Meaning : the action of allowing a person or organization the use of a sum of money under an agreement to pay it back later.

Meaning : an amount of something left over when requirements have been met; an excess of production or supply.

Meaning : inform someone in advance of a possible danger, problem, or other unpleasant situation.

Example : “his father had warned him of what might happen”

Meaning : the action or process of preparing something, or preparing for something.

Example : “after hours of prepping and cooking and stressing and a few near-breakdowns, Thanksgiving was wonderful”

Meaning : a thing or event that evokes a specific functional reaction in an organ or tissue.

Example : “areas of the brain which respond to auditory stimuli”

Meaning : striving to achieve or attain something in the face of difficulty or resistance.

Meaning : accustom (someone) to managing without something which they have become dependent on.

Example : “the doctor tried to wean her off the sleeping pills”

Example : “an impressive view of the mountains”

Meaning : guide or control the movement of (a vehicle, vessel, or aircraft), for example by turning a wheel or operating a rudder.

Example : “he steered the boat slowly towards the busy quay”

Meaning : more distant in space than something else of the same kind.

Example : “two men were standing at the further end of the clearing”

Example : “there is ample time for discussion”

Meaning : entice or try to entice (someone) to do something that they find attractive but know to be wrong or unwise.

Example : “there’ll always be someone tempted by the rich pickings of poaching”

Meaning : failure to fulfil an obligation, especially to repay a loan or appear in a law court.

Example : “the company will have to restructure its debts to avoid default”

Meaning : supply with material or power. 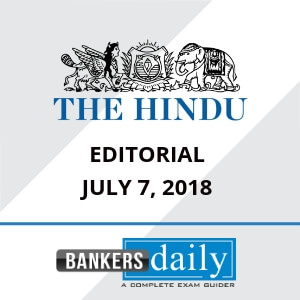