Official data showing the GDP expanding at the fastest pace in seven quarters in the three months ended March 31, a brisk 7.7% at that, is reason for cheer. Given that this has been propelled largely by increases in manufacturing and construction activity is a basis for optimism given that the former contributes almost a fifth of quarterly gross value added (GVA) and the latter about 8%. The rebound in construction is all the more heartening since it is both a creator of direct and indirect jobs and a multiplier of overall output. In the fourth quarter, construction is estimated to have posted a robust 11.5% growth, almost a doubling in pace from the 6.6% in the third quarter and compares favourably with the contraction of 3.9% seen in the demonetisation-hit year-earlier period. Two key groupings of services that together contributed more than 38% of fourth-quarter GVA — the first comprising trade, hotels, transport, communication and broadcasting; and the second, financial, real estate and professional services — accelerated year-on-year, helping lift full-year sectoral GVA growth. Agriculture, forestry and fishing continued an accelerating trend over the four quarters of the last fiscal, with growth of 4.5% boosting the annual expansion to 3.4%. While the fiscal year’s pace for this vital sector is still appreciably lower than the 6.3% in 2016-17, if the quarterly momentum is sustained and the monsoon pans out as forecast, we could see a more broad-based revival in rural demand. There are, however, pressure points in the estimates of national expenditure. Private final consumption expenditure continues to languish, with the share of its contribution to GDP sliding to 54.6% in the January-March period, from 59.3% in the preceding quarter and 55.2% a year earlier. Government spending too eased in the fourth quarter, as a proportion, to the lowest quarterly level of the last fiscal at 9.5%. Only gross fixed capital formation, which reflects investment demand, provided cause for some comfort as it contributed 32.2%, which was the most in percentage terms since the 32.5% posted in April-June 2016. A sobering thought here is that the very same growth momentum is likely to spur price pressures across the economy that, combined with the bullish trend in global oil, could fan faster inflation. This may leave the RBI with little option but to raise interest rates, possibly as early as next week. Separately, the latest survey-based Nikkei India Manufacturing Purchasing Manager’s Index shows manufacturing activity expanded at a weaker pace in May from the previous month amid tepid domestic demand. With borrowing costs set to rise and global trade tensions adding to uncertainties for India’s exporters who are yet to capitalise on the rupee weakness, policymakers will need to eschew populism and stick to policy prudence if the tenuous momentum is to be sustained.

B) Populists in Rome

The political whirlwind that has swept Italy looks to be dissipating, at least for now. Giuseppe Conte, a little-known academic with an embellished resume, has been sworn in as Prime Minister, after weeks of wrangling between President Sergio Mattarella and a coalition with a slim parliamentary majority. The two-party combine, the anti-establishment Five Star Movement (M5S) led by Luigi Di Maio and the far-right League headed by the rabble-rousing, anti-migrant Matteo Salvini, disbanded plans to form a government after Mr. Mattarella exercised his powers to block the appointment of Eurosceptic Paolo Savona as Finance Minister. The President then decided to order fresh elections and appoint an ex-IMF official as interim Prime Minister, a decision that, if implemented, could have made a bad situation worse. The Eurosceptic coalition partners wasted no time in using the President’s actions as a rallying point for their cause. They charged that France and Germany were running Italy and called for Mr. Mattarella’s impeachment. The prospect of snap polls, which could have resulted in the populists getting a stronger majority, rattled markets early this week. Italian bond yields hit highs unseen in years and share prices dropped not just in Italy but across Europe, the U.S. and Asia. The coalition, which began serious talks in early May, had toned down some of its anti-European Union demands such as leaving the single currency and some €250 billion in debt forgiveness. But it still planned to spend some €170 billion on income support and lower the pensionable age and taxes. Without plans to raise adequate revenue to fund the spending, the markets and Brussels got jittery. Italy’s government debt is at 132% of GDP, well above the Eurozone average. However, as the week progressed, all sides saw opportunities and a deal was struck, with the President assenting to economics professor Giovanni Tria taking over the finance portfolio. The new government will now have to win a confidence vote next week. The road ahead for Italy is far from clear. According to official EU surveys, although 59% of Italians favour the euro, just over half “tend not to trust” the EU. Both Europe and Italy would sustain significant damage if Italy left the Eurozone. Fortunately, that is still an unlikely scenario. The current situation, a coalition of populism and the right, is not ideal. But it provides an opportunity to address some of the underlying Italian disenchantment with the EU, perhaps by striking a balance between austerity and populism. Also, Brussels, along with France and Germany, could work with Italy to address economic and social anxieties. A way can be found that protects both the democratic choices of Italians and the stated values and integrity of the EU.

Meaning: Drive or push something forwards.

Example: “The boat is propelled by using a very long paddle”

Meaning: Hopefulness and confidence about the future or the success of something.

Example: “The talks had been amicable and there were grounds for optimism”

Meaning: Bounce back through the air after hitting something hard.

Example: “His shot hammered into the post and rebounded across the goal”

Example: “She was heartened to observe that the effect was faintly comic”

Meaning: Give (something, especially money) in order to help achieve or provide something.

Example: “Taxpayers had contributed £141.8 million towards the cost of local services”

Meaning: Consist of; be made up of.

Synonyms: Consist of, Be made up of.

Synonyms: Speed up, Hurry up.

Meaning: To an appreciable extent; considerably.

Example: “Profits have grown appreciably over the last four years”

Meaning: The impetus gained by a moving object.

Example: “The vehicle gained momentum as the road dipped”

Meaning: An improvement in the condition, strength, or fortunes of someone or something.

Example: “A revival in the fortunes of the party”

Meaning: The action of using up a resource.

Synonyms: Using up, Use.

Meaning: (Of a person, animal, or plant) lose or lack vitality; grow weak.

Example: “Plants may appear to be languishing simply because they are dormant”

Example: “That coffee sobered him up”

Example: “Wars act as a spur to practical invention”

Example: “He has campaigned courageously despite difficulties that would have stopped many more bullish men”

Example: “The applause was tepid”

Synonyms: Abstain from, Refrain from.

Meaning: Adhere or cling to something.

Example: “The plastic seats stuck to my skin”

Meaning: The quality of being prudent; cautiousness.

Example: “We need to exercise prudence in such important matters”

Meaning: Used with reference to a very energetic person or a tumultuous process.

Example: “A whirlwind of activity”

Meaning: (With reference to a feeling or emotion) disappear or cause to disappear.

Example: “The concern she’d felt for him had wholly dissipated”

Meaning: Make (something) more attractive by the addition of decorative details or features.

Example: “The bureaucrats continue wrangling over the fine print”

Meaning: a person who makes speeches that make people excited or angry, usually intentionally in order to make them act in a particular way.

Example: “Johnson was unpopular with the management because he was a well-known rabble-rouser”

Meaning: (With reference to an organized group) break up or cause to break up.

Example: “The unit was scheduled to disband”

Meaning: In or for the intervening period; provisional.

Example: “The prosecutor’s detailed impeachment of the character witness”

Meaning: Done or taken on the spur of the moment, unexpectedly, or without notice.

Example: “She turned quickly, rattled by his presence”

Meaning: Altered so as to be less extreme or intense.

Example: “A toned-down version of the report was published”

Meaning: Nervous or unable to relax.

Example: “The Prime Minister assented to the change”

Meaning: The particular job or area of responsibility that a member of a government has.

Example: “One of the most significant changes is in the trade portfolio”

Meaning: A postulated sequence or development of events.

Example: “A possible scenario is that he was attacked after opening the front door”

Example: “Their growing disenchantment with the leadership”

Meaning: Attracting attention by reason of being unusual, extreme, or prominent.

Example: “The murder bore a striking similarity to an earlier shooting”

Example: “He felt a surge of anxiety”

Meaning: The quality of being honest and having strong moral principles.

Example: “A gentleman of complete integrity” 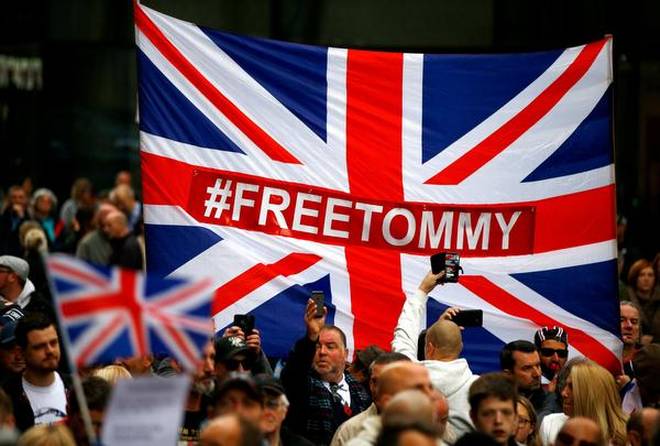 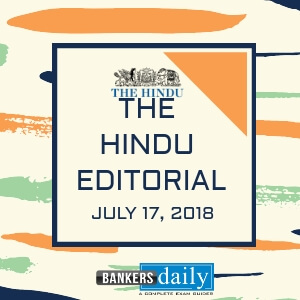