IBPS (Institute of Banking Personnel Selection) has released the notification for the post of Probationary Officers last month and aspirants are keen to know in which order the preference has to be provided while applying. Here in the post we divulge the preference order for the IBPS PO 2018 Exam. The Total number of vacancies announced in the IBPS PO 2018 is 4252 (including the vacancies of Punjab & Sind bank).

Given below are the participating organizations in the IBPS PO Exam 2018.

What is the correct preference order which will help us to score a place in the final list ? We decrypt those in the following points and please adhere to the list to increase your chances of getting a place in the IBPS PO 2018 Exam.

1. Please prefer banks that have highest number of vacancies. Many of the banks have NIL Vacancies mentioned in the Official Notification of the IBPS PO 2018.

2. Prefer the banks which are having positive rating and not in the verge of closing. Banks like Dena Bank had performed poorly in the ongoing Financial year and RBI have advised the bank to not hire new recruits. So be extra cautious in this point.

3. Please check the HQ of the banks and also adhere to the first point (the banks should have highest number of vacancies).

4. Do not come to a conclusion yourselves on the NIL vacancies mentioned for the banks in the IBPS PO Official Notification 2018.

5. Punjab and Sind Bank which is headquartered in New Delhi have announced NIL Vacancies during the start of the IBPS PO Official Notification and now has increased the vacancies from NIL to 150. So always have a look at the official notification and also the official website of IBPS.

This Preference order is chosen based on the number of vacancies mentioned in the official notification of the IBPS PO 2018 and also based on the Financial Performance of the banks in this financial year.

We strongly advise you to choose this one but at the end of the day it’s all about the choices of the aspirants who are applying for the IBPS PO 2018 Exam.

The other banks have NIL vacancies , this doesn’t mean that they will not take intake aspirants for this financial year. There might be changes in the total number of vacancies , so this list released in the official notification is subject to change.

Please choose the other NIL Vacancies mentioned bank according to the financial status which could be checked on the basis provided in the RBI and also by simple search. We request you to additionally check the HQ of the organization and also consider this for the preference.

We have posted the Changes in the Exam pattern of the IBPS PO 2018 in Bankersdaily and aspirants can check the that from the below given links.

Aspirants can download the notification of the IBS PO 2018 (CRP – VIII) now from the official website of IBPS (www.ibps.in) and also from the link that is provided below. 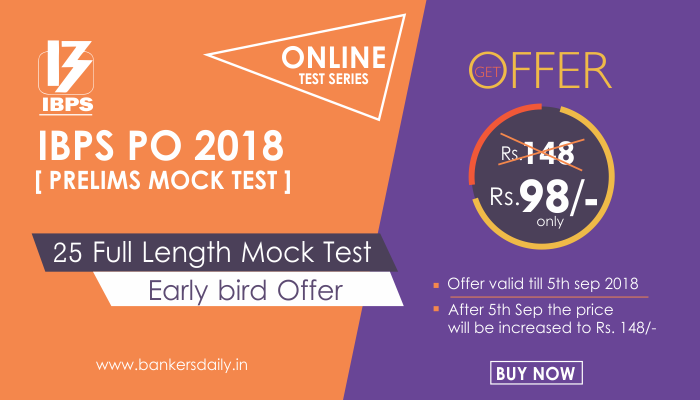 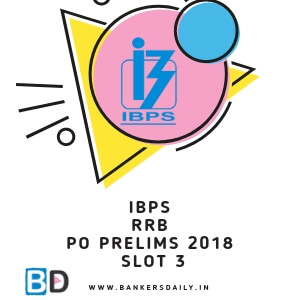